On Valentine’s Day, we participated in the funeral Mass for a very dear friend. He died suddenly leaving his beautiful wife of 27 years and six amazing children.

We have known this couple for more than 15 years. During that time, we shared in their joys and sorrows. We celebrated their children’s baptisms, first Communions, confirmations and graduations. We worked side-by-side with them serving the poor and praying for an end to abortion. Their faithful love for each was a great witness to us.

END_OF_DOCUMENT_TOKEN_TO_BE_REPLACED

The future of the world and of the Church passes through the family.[1]

These prophetic words were penned by St. John Paul II in 1982 in his Apostolic Exhortation Familiaris Consortio (The Christian Family in the Modern World). Society and the Church are built on the foundation of strong marriage and family life.

The well-being of the individual person and of human and Christian society is intimately linked with the healthy condition of that community produced by marriage and family.[2]

These equally prophetic words were written in 1965 by Pope Paul VI in the Vatican II document, Pastoral Constitution on the Church in the Modern World (Gaudium et Spes). It was a time when traditional values were being questioned and often jettisoned as being “old fashioned.” Divorce was rapidly rising, the number of children born out of wedlock was increasing and traditional family life and moral values were under attack.

Our society today is suffering the ills of the breakup of marriages and families. END_OF_DOCUMENT_TOKEN_TO_BE_REPLACED

Today the Church celebrates the Feast of Saints Joachim and Anne, the parents of the Blessed Virgin Mary and grandparents of Jesus. Joachim and Anne are not mentioned in Scripture. Everything we know about them has been handed on by tradition. Desiring to have children, Joachim fasted and prayed in the desert for a child. An angel appeared to him and announced that he and Anne would soon have a daughter, who would be world renowned.

As respected members of the Jewish community, Joachim and Anne taught Mary the tenants of the faith. In thanksgiving for the gift of their daughter, Joachim and Anne brought Mary when she was three years old to the temple in Jerusalem to consecrate her to God. Mary remained in the temple to be prepared for the special role God would have her play in salvation history.

END_OF_DOCUMENT_TOKEN_TO_BE_REPLACED

Train up a child in the way he should go, and when he is old he will not depart from it. Proverbs 22:6

Fathers, never doubt your importance of your example in the lives of your children, especially when it comes to instilling the faith.

A significant study conducted by the Swiss government in 1994 and published in 2000 revealed some astounding facts regarding the importance of a father’s faith in the generational transmission of faith and religious values.[1]

The study concluded that “It is the religious practice of the father of the family that, above all, determines the future attendance at or absence from church of the children.”

END_OF_DOCUMENT_TOKEN_TO_BE_REPLACED 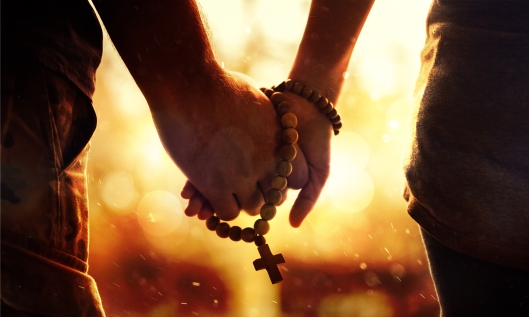 On May 20, 2019, the Institute for Family Studies and the Wheatley Institution issued the report The Ties That Bind: Is Faith a Global Force for Good or Ill in the Family? The goal of the study was to understand how religion is linked, on average, to four key family outcomes in 11 countries: Argentina, Australia, Chile, Canada, Colombia, France, Ireland, Mexico, Peru, the United Kingdom, and the United States. Drawing on data from the World Values Survey (WVS) and the Global Family and Gender Survey (GFGS), the report found that:

END_OF_DOCUMENT_TOKEN_TO_BE_REPLACED

On this the fifth Sunday of Lent, we continue our reflections on the Theological Virtues of Faith, Hope, and Love. This week we will look at the virtue of love. Links to the previous posts in this series are at the end of this reflection.

The Catechism of the Catholic Church defines charity, that is love, as “the theological virtue by which we love God above all things for his own sake, and our neighbor as ourselves for the love of God” (CCC, 1823). Jesus even raises love to the level of a new commandment, “This is my commandment, that you love one another as I have loved you” (Jn 15:12).

END_OF_DOCUMENT_TOKEN_TO_BE_REPLACED 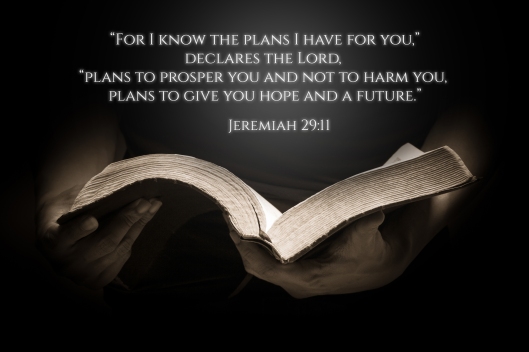 On this the fourth Sunday of Lent, we continue our reflections on the Theological Virtues of Faith, Hope, and Love. This is the second week we will look at the virtue of hope. You can read the first two reflections on faith here and here, and the first reflection on hope here.

Hope is not a feeling or an attitude but a looking to and yearning for a future blessing from God. We (Rose and Dennis) were both widowed. God tested our mettle in the untimely deaths of our spouses. We both were given Jeremiah 29:11 during these trying times, finding encouragement in these words. We stood on this verse, believing deeply in our hearts that God would deliver on His promise.

END_OF_DOCUMENT_TOKEN_TO_BE_REPLACED

Let us hold fast the confession of our hope without wavering, for he who promised is faithful Hebrews 10:23

On this the second Sunday of Lent, we continue our reflections on the Theological Virtues of Faith, Hope, and Love. This is the second part of our study on the virtue of Faith. You can read the first reflection here.

In today’s first reading we are told, “Abram put his faith in the Lord” (Gen 15:6). This was Abram’s response to God’s promise to make his descendants as numerous as the stars in the sky. Despite the fact that Abram and Sarah were childless and well past childbearing age, Abram believed and trusted that God would keep this promise.

END_OF_DOCUMENT_TOKEN_TO_BE_REPLACED

On this the first Sunday of Lent, we invite you to journey with us as we study the Theological Virtues of Faith, Hope, and Love. “A virtue is an habitual and firm disposition to do the good,” says the Catechism of the Catholic Church (803). Further, the “theological virtues are the foundation of Christian moral activity” (1813). “Faith is the theological virtue by which we believe in God and believe all that he has said and revealed to us,” and it is by faith that “‘man freely commits his entire self to God’ (Dei Verbum, 5)” (1814).

In The Gift of Faith, Fr. Tadeusz Dajczer writes:

The desert is not a dwelling place; it is only a path, a road on which one comes to know the merciful love of God. Everyone who seeks God must pass through it since the experience of the desert is closely related to the deepening of our faith in His mercy.

END_OF_DOCUMENT_TOKEN_TO_BE_REPLACED

The love between husband and wife…is the foundation and soul of the community of marriage and the family.[1]

Pope St. John Paul II in his epic work Familiaris Consortio (The Role of the Christian Family in the Modern World), states that “the family finds in the plan of God the Creator and Redeemer not only its identity, what it is, but also its mission, what it can and should do…family, become what you are.”[2]