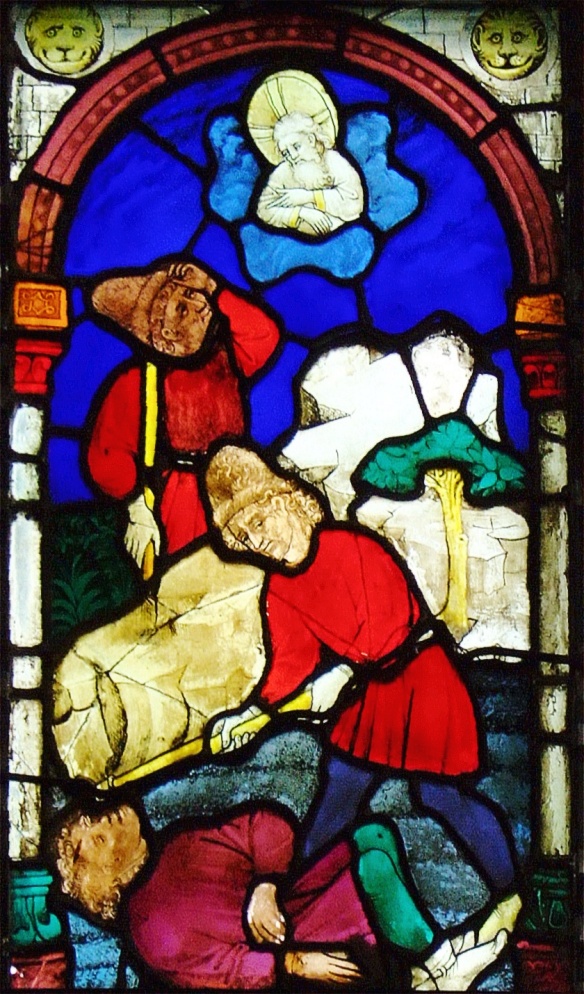 For this is the message which you have heard from the beginning, that we should love one another, and not be like Cain who was of the evil one and murdered his brother. And why did he murder him? Because his own deeds were evil and his brother’s righteous. 1 John 3:11-12

Abel’s sacrifice was acceptable to God, Cain’s was not. It was the interior disposition of Cain’s heart toward his brother that led him to sin. It was the sin of envy that festered in Cain’s heart, leading to anger, and ultimately the murder of his brother.

St. Thomas Aquinas defines envy as sorrow for another’s good.[1] Envy is not the greatest sin but “it is the only one that gives the sinner no pleasure at all,” says Peter Kreeft in his book Back to Virtue. “It causes nothing but pain and sorrow. Thus it shows more clearly than other sins two profound truths about the nature of sin: that it removes our joy and that it is deceptive,” he adds. “Envy removes joy because envy is the opposite of gratitude, and gratitude is the seedbed of joy.” [2]

According to Scripture, envy is a demonic sin for “through the devil’s envy death entered the world” (Wis 2:24). Satan fell because he was envious of God’s plan to divinize human beings. Since Satan could not hurt God, he retaliated against that which God loves most, us. The envy and pride of Satan are “straight from hell”[3]

Scripture commands us to “Rejoice with those who rejoice, weep with those who weep” (Rom 12:15). Envy “weeps at those who rejoice and rejoices at those who weep.”[4] To counter the sin of envy, we must be content in all circumstances, both good and bad. St. Paul understood this truth: “for I have learned, in whatever state I am, to be content…in any and all circumstances I have learned the secret of facing plenty and hunger, abundance and want.” (Phil 4:11-12). Paul continues to say that it is in Christ that we are able to do this: “I can do all things in him who strengthens me” (Phil 4:13).

Christ bleeding and dying on the cross removed the teeth of the sin of envy. No one can envy such a horrific and painful death. Yet, we can rejoice in His suffering because by it we have been redeemed from sin and death. This is the paradox of the Christian faith; we can rejoice in sorrow. We can only understand this paradox through understanding the distinction between happiness and blessedness. In His Sermon on the Mount, Jesus says: “Blessed are those who mourn, for they shall be comforted” (Mt 5:4).

In this world, we will know sorrow and tribulation. But thanks be to God, Jesus delivers us from all pain and sorrow: “I have said this to you, that in me you may have peace. In the world you have tribulation; but be of good cheer, I have overcome the world” (Jn 16:33). Suffering helps us to appreciate joy. By uniting our suffering with the suffering of Christ on the cross, we also share in His joy. We can also offer up our suffering as a prayer for others. Kreeft says “any sacrifice, however small, voluntarily offered up in faith and love is blessed.”[5]

In our families, we experience many sorrows, as well as many joys. It is a school of virtue because it is here, that we learn to weep with those who weep, and rejoice with those who rejoice. As parents, our hearts grieve when our children are ill or hurting and our hearts overflow with joy when we see their smiles and triumphs. Our children will see this and learn to respond accordingly.

Likewise, we must show our children how to be content in whatever circumstances they face and to rely on the Lord for all their needs. The difficulties and challenges we face in these times of uncertainty are a perfect opportunity to be grateful for all that we have rather than be envious of others.

This is the sixth installment in our Lenten series on virtue. The previous reflections can be found at the links below:

Living Virtue Well in Our Marriages and Families