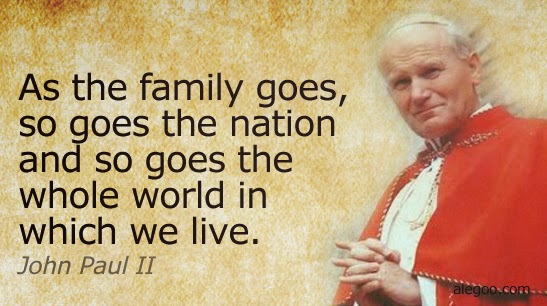 Today the Church celebrates the Feast Day of St. John Paul II. Traditionally, the feast of a saint is held on dies natalis, the day of the saint’s death and his heavenly birthday. St. John Paul II died on April 2, 2005 however that day can fall during Holy Week. To guarantee the day would be solemnly celebrated every year, the Vatican elected to set his day of liturgical memory on October 22, the Anniversary of the Inauguration Mass for his pontificate.

Karol Joseph Wotjtyła was born in 1920 in Wadowice, Poland. After his ordination to the priesthood and theological studies in Rome, he returned to his homeland and resumed various pastoral and academic tasks. He became auxiliary bishop and, in 1964, Archbishop of Krakow. He played a key role in the Second Vatican Council. On October 16, 1978 he was elected pope and took the name John Paul II. His extraordinary apostolic zeal, particularly for families and young adults, led to numerous pastoral visits throughout the world.

In his homily at the Canonization Mass of John XXIII and John Paul II, Pope Francis called St. John Paul the “pope of the family.”[1]

For centuries, the family has been called Ecclesia Domestica or the “domestic church.” But it was St. John Paul II who brought new insight and application to the Biblical vision of the family when he wrote Familiaris Consortio.

Thirty-five years later, this document and its message remain controversial because it is contrary to the secular world. “But it is more relevant and needed today than ever,” says Dr. Joseph C. Atkinson, Associate Professor of Sacred Scripture at the John Paul II Institute at The Catholic University of America in Washington, D.C.

“The family is under colossal attack from many angles,” explains Dr. Atkinson. “To counter these attacks, each family must understand and embrace its true mission.”

Family has the mission to guard, reveal and communicate love, and this is a reflection of and a real sharing in God’s love for humanity and the love of Christ the Lord for the Church His bride.

The family finds in the plan of God the Creator and Redeemer not only its identity, what it is, but also its mission, what it can and should do. The role that God calls the family to perform in history derives from what the family is; its role represents the dynamic and existential development of what it is. Each family finds within itself a summons that cannot be ignored, and that specifies both its dignity and its responsibility: family, become what you are.

Every particular task of the family is an expressive and concrete actuation of that fundamental mission…Thus, with love as its point of departure [there are] four general tasks for the family:

We highly recommend that couples read the full text of Familiaris Consortio. A pdf version of the document can be downloaded by clicking the icon on the top right corner of the Vatican webpage.

In closing, we want to share with you the prayer St. John Paul II wrote for families in the conclusion to Familiaris Consortio.

A Blessing for Marriages[2] 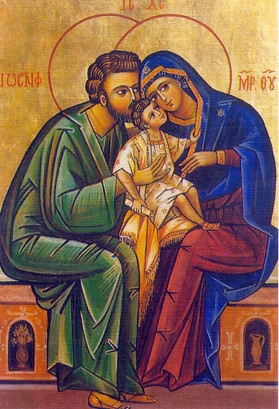 The future of humanity passes by way of the family. It is therefore indispensable and urgent that every person of good will should endeavor to save and foster the values and requirements of the family.

St. Joseph was “a just man,” a tireless worker, the upright guardian of those entrusted to his care. May he always guard, protect and enlighten families.

May the Virgin Mary, who is the mother of the church, also be the mother of “the church of the home.” Thanks to her motherly aid, may each Christian family really become a “little church” in which the mystery of the church of Christ is mirrored and given new life. May she, the handmaid of the Lord, be an example of humble and generous acceptance of the will of God. May she, the sorrowful mother at the foot of the cross, comfort the sufferings and dry the tears of those in distress because of the difficulties of their families.

May Christ the Lord, the universal king, the king of families, be present in every Christian home as he was at Cana, bestowing light, joy, serenity and strength. On the solemn day dedicated to his kingship I beg of him that every family may generously make its own contribution to the coming of his kingdom in the world–“a kingdom of truth and life, a kingdom of holiness and grace, a kingdom of justice, love and peace,” toward which history is journeying.

I entrust each family to him, to Mary and to Joseph. To their hands and their hearts I offer this exhortation: May it be they who present it to you, venerable brothers and beloved sons and daughters, and may it be they who open your hearts to the light that the Gospel sheds on every family.

I assure you all of my constant prayers and I cordially impart the apostolic blessing to each and every one of you, in the name of the Father, and of the Son and of the Holy Spirit.